Discovering Columbus: On the Virtues of Public Art

Over the past few years I have become keenly aware of the many public art installations around New York City. This past summer, as I was walking towards Central Park, I came upon a small airplane, rotating almost imperceptibly between the two posts that flanked it. The work, How I Roll by Paola Pivi, was commissioned by Public Art Fund and attracted many pedestrians who, like me, were not quite sure of what they were looking at. There's a real sense of wonder in a piece like this, something I think I'm especially aware of given my waking hours are spent encouraging children to recognize the beauty of literature and learning. There is much to appreciate about great public art installations, which  coexist within the natural landscape of the city, leaving viewers to feel a bit like something magical is taking place.

The Fund for Park Avenue has made a strip of Park Avenue on the Upper East Side a go-to location for public art installations, and recent pieces have evoked both a sense of whimsy and a chin scratching, "How'd they do that?" Starting in January 2011, Will Ryman's enormous metal roses blossomed on Park Avenue. During the snowy winter Ryman's installation offered a promise of warmer months ahead, and by the time the oversized flowers were taken down in May, we here in the city had real live flowers to keep us feeling springy. More recently, Rafael Barrios created incredible optical illusion sculptures, appearing as a 3-dimensional stack of boxes from some angles and a thin strip of metal from others. I first noticed Barrios's installation as I walked with a group of 50 4th Graders from our school to the China Institue as part of a Social Studies field trip. Of course, we were all in awe of the way these sculptures played tricks on our minds, and soon we were paused on the sidewalk, discussing the concept of optical illusions and hypothesizing about how the artist had executed such a cool idea. 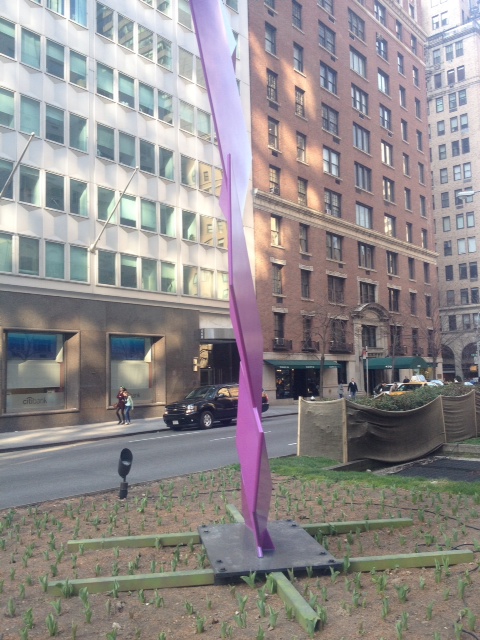 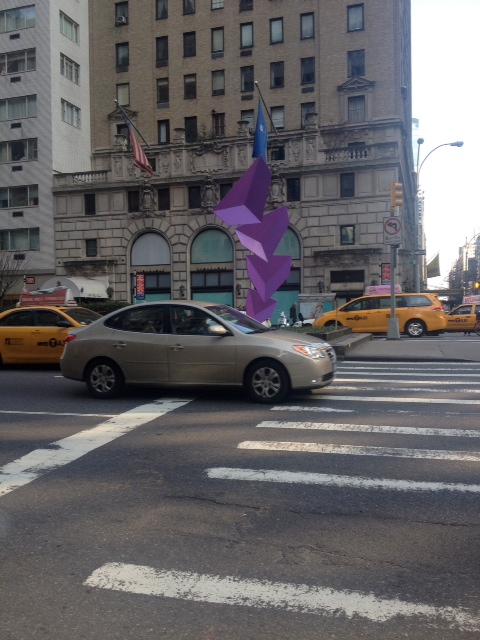 Today I headed to the Upper West Side to experience Public Art Fund's newest installation, Discovering Columbus by Tatzu Nishi. The piece has only been open for a few weeks, but it's been on my radar for months, as excitement for a fully outfitted living room built around the 13ft tall statue at Columbus Circle has been mounting all summer. To view the exhibit, patrons ascend six flights of stairs encased in elaborate scaffolding. As I climbed upwards I could see the column of the statue, adorned with both Italian and English inscriptions and the Nina, Pinta and Santa Maria recreated in bronze. 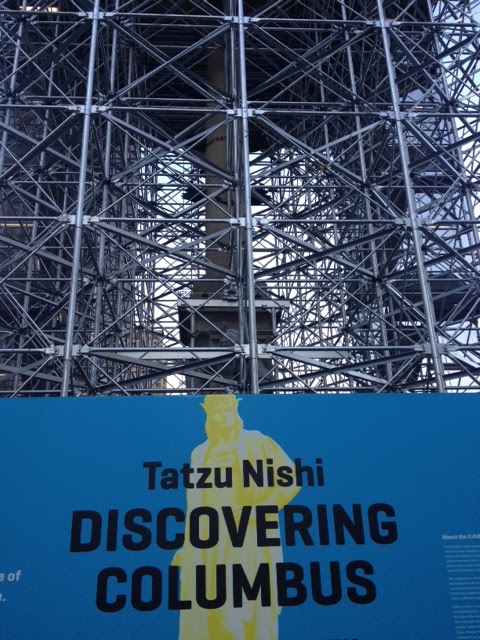 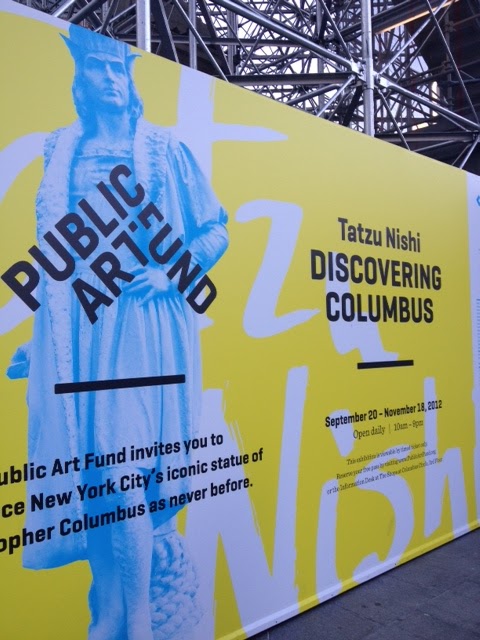 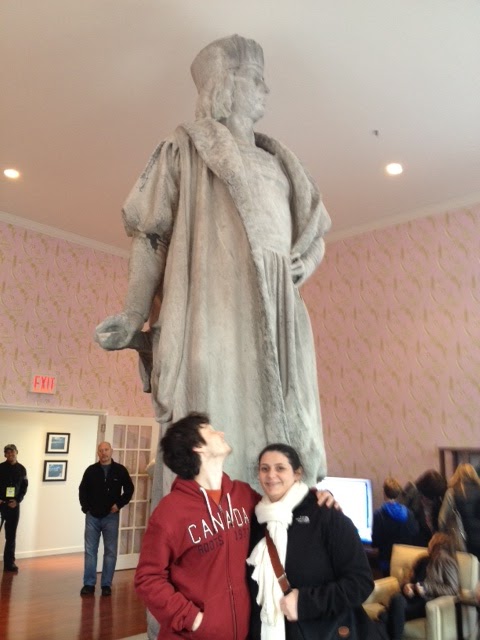 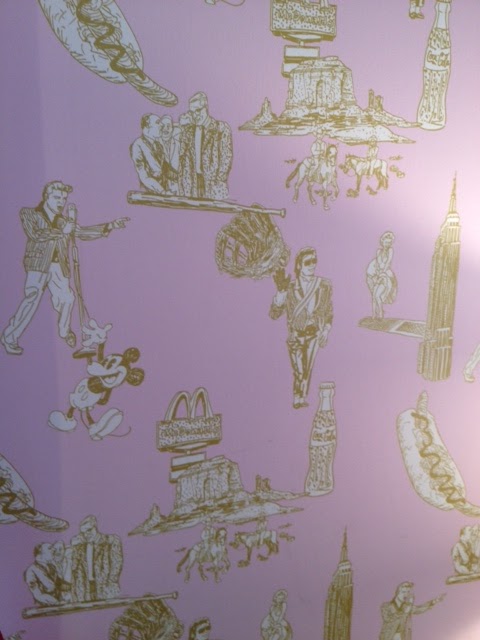 At the top of the stairs we entered a living room that, at least initially, felt like any other well-appointed Manhattan apartment. Visitors lounged on comfortable couches or sat across a coffee table on low-slung chairs. A flat screen was tuned to CNN and through the window panes one could see unobstructed views of the city. Of course, the centerpiece of this living room was the statue of Christopher Columbus. The experience was surreal to say the least. I kept momentarily forgetting that this was the same statue one would normally have to gaze up at from 75ft below the room where I now stood. 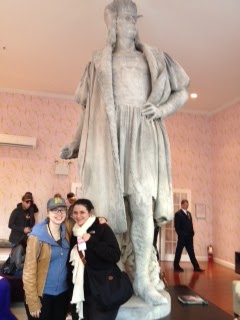 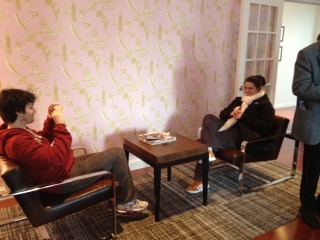 I can't wait to head back to my classroom on Monday morning to share this experience with my 5th Graders. They are young enough to easily appreciate the sense of wonder that comes with a public art installation like Discovering Columbus, and I'm curious to hear their thoughts on how an artist decides what makes for a good piece of public art.