On Thursday afternoon, one lucky section of 5th Grade English joined the students of Brent Catlett and Sharae Geldes in Bellevue, Nebraska and Linda Yollis in Los Angeles, California for a Google+ Hangout. The 'Share & Compare' Hangout was the brainchild of Brent and Linda, and we were thrilled to participate from our New York City classroom.  My students prepared for the 3-way video chat by researching general facts about our state, city and school. They collected facts about everything from favorite cafeteria foods and recess games to weather and population statistics. They learned a lot about their home state and city through their fact-finding mission, and clearly felt a sense of importance as they took each took a turn in front of the laptop to present their information. 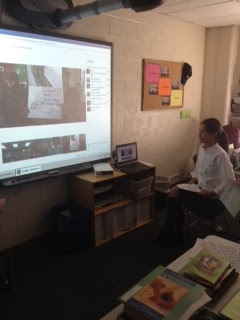 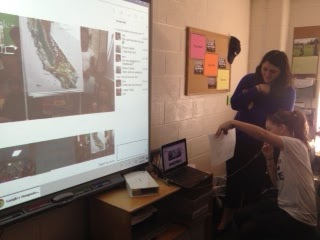 A major highlight of the experience was seeing where we veered off our planned path in order to go deeper into those topics the students found compelling. For example, the suburban children of Nebraska and California were shocked by the huge population of New York City, which led to a nice chat about apartments and, for lack of a better phrase, 'vertical living.' Similarly, my city kids were very intrigued by the unfamiliar tornado and earthquake drills the other schools participated in, and eagerly listened as the other students described their emergency precautions. 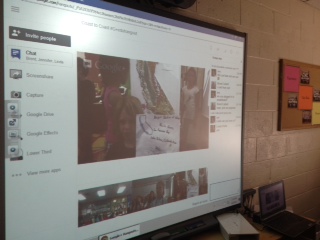 As our students took turns sharing facts, designated 'record-keepers' worked on updating a Google Doc that the three classes shared. The final result was a side-by-side comparison chart of New York City, Bellevue, and Southern California. The information contained within the chart is evidence of the differences and similarities between our three communities. 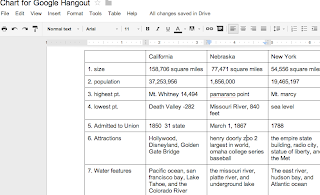 This Hangout was an awesome learning experience in all the right ways: fun, thought-provoking and student led!